In the last post, I said I was going to go and fish that wire “tomorrow”, Sunday.  That didn’t happen.  It waited until Wednesday after work, when a rain shower was coming in.  It seemed like that would make it cool enough.

Step 1: Push the pole and camera and pull cord up the wall.  No big deal.  Step 2, dress up and gather everything I may want up there.  Jeans, long sleeve shirt, head covering, mouth covering, magnet tip for poles, kayak paddles, phone for camera and in case of emergency.  Wouldn’t that be fun.  Hi, 911?  I’m injured and in my attic.

Up the attic with my supplies.  This is path I’ve taken enough to hate.  Ok, crawl under here. 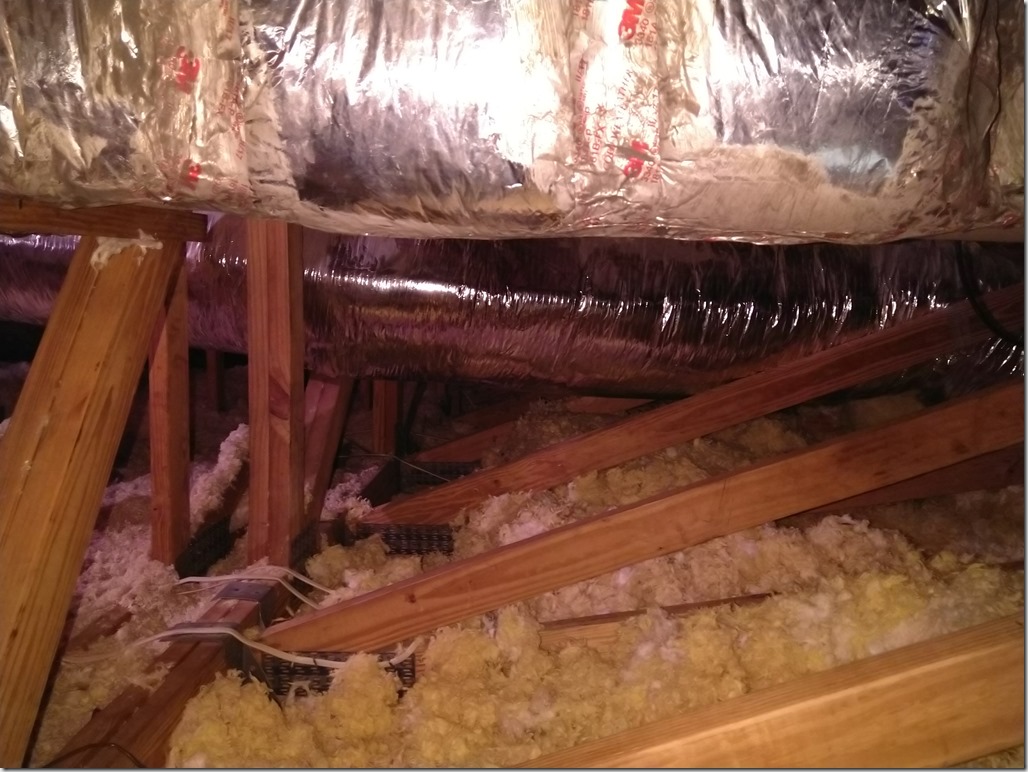 Then turn right and head to the end down there. 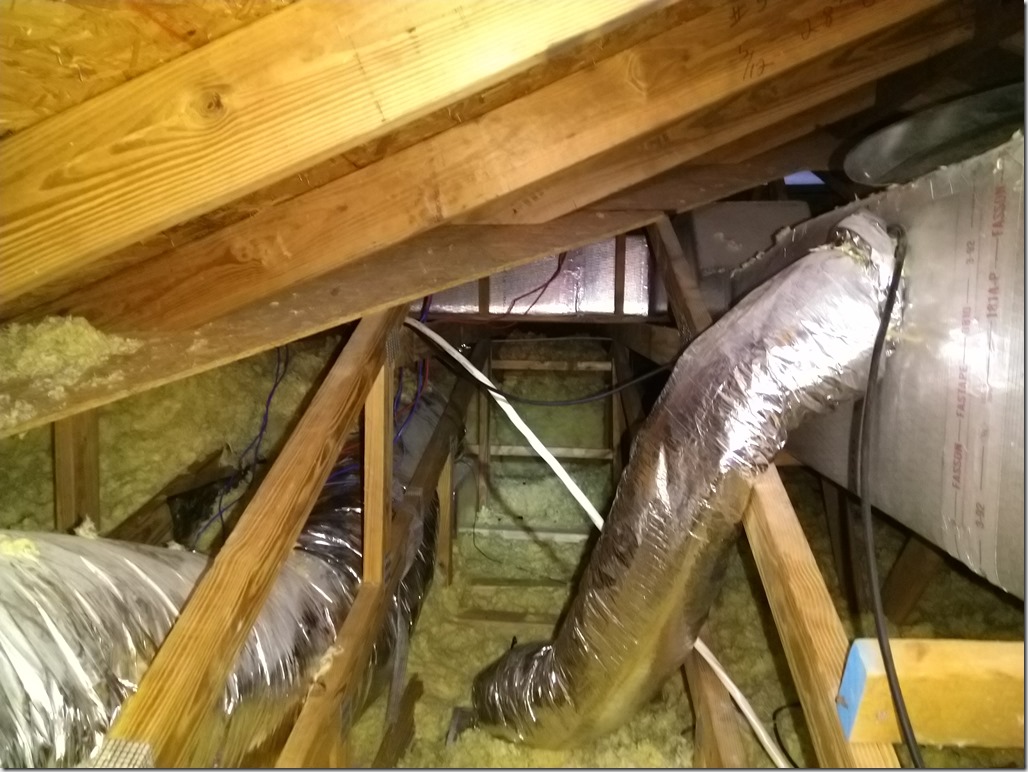 Then turn left and go down there.  On your stomach. 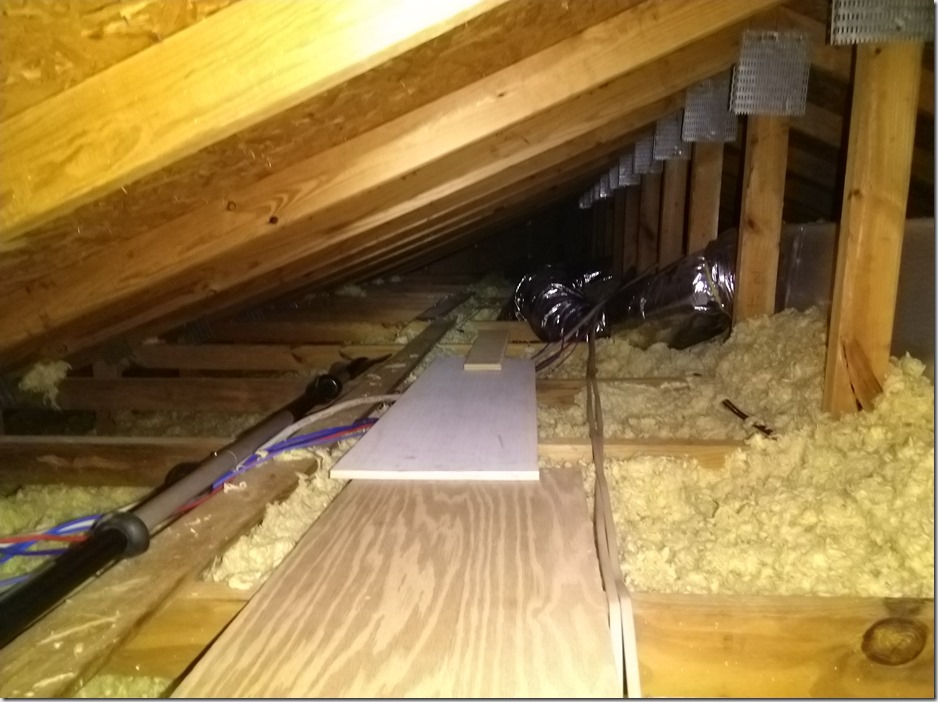 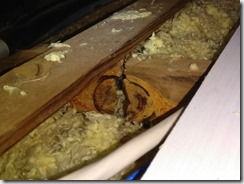 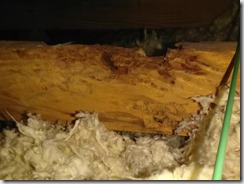 Once next to the vent, which is my guide point, I assembled the kayak paddle and sent it down to move the insulation.  Once I got working it, I discovered something terrible.  It wasn’t blown insulation stuffed down there.  It was a batt, kind of like a big solid pillow of fiberglass.  So it had to be moved as a whole unit.  And pushing it around at the end of a 7ft pole was not doing it.

I worked at the insulation for probably about 15 minutes, exhausting myself.  The best I could accomplish was compressing it down, but I still couldn’t see the tip of the pole coming up from below.  And if the tip of the pole is stuck in the batt, there’s no way any magnet is going to pull a tiny metal ring through that.

I left the kayak pole up there, and the extra fiberglass poles stayed up there, too.  If I never get back to this, the next homeowner is going to be mightily confused.

What’s the next option?  Well, to get more aggressive, the next thing I could attempt is pulling down the canister light near where I am working and try to reach in that way.  Maybe I can move the batt some from there?  The problem is, I don’t know how to remove the can lights.  Theoretically, I do, but I don’t know for sure how they are fastened up there.

Rest and regroup.  There’s no rush on this.