Since most of my remodeling work is done now (next mid-range project is bathroom tile redo), I’ll have a small set of posts on my plans for the living room.

One of the more fulfilling projects was the completion of my music listening room.  There wasn’t much to it, just the purchase of equipment and a little furniture.  Well, the building of the CD shelving, also.  The room has been a great place to listen to music in excellent quality and I do it fairly regularly, whenever I purchase new CDs, to give each a fair listen in their entirety.

One day, while picking up some CDs, the store also had a season boxset of Futurama, and I picked that up as well.  I don’t watch a lot of TV at all.  Prior to having the listening room, I used to listen to music using Plex on my TV through my home theater system in the living room.  This was “wind-down time” each night and the cats would always happily accompany me, winding down their night before we all went to bed.

While I was working though the Futurama DVDs, I noticed that the cats were joining me and seemed very relaxed and happy.  This was something they did not do often in the music room.  For one, there is a cat tree in there, so if they’re in the room at all, they’re climbing and playing and not really chilling out.  So, I sort of got the idea in my head that “wind-down time” needs to come back, for everyone’s benefit.

The system on which I watch TV and listen to Plex is a Panasonic HT-in-a-box bought new in 2005.  A 5-disc DVD changer, 5 speakers and a subwoofer.  It plays sound, but I figure it’s geared more to movie playback than audio playback.  So I think I’m going to swap it out.  I have a spare high-quality DVD player that will play all the CD formats, the Pioneer Elite DV-47ai.  I just need a few other things.

Speakers – on a quick online search, I see that Woot is selling a 5pc speaker set from Jamo.  Jamo is the maker of the subwoofers in my listening room and I have no complaints with them.  They’re pretty stylish, too.  The kit price is $50 more than buying just the tower speakers alone, so that’s not a bad deal. 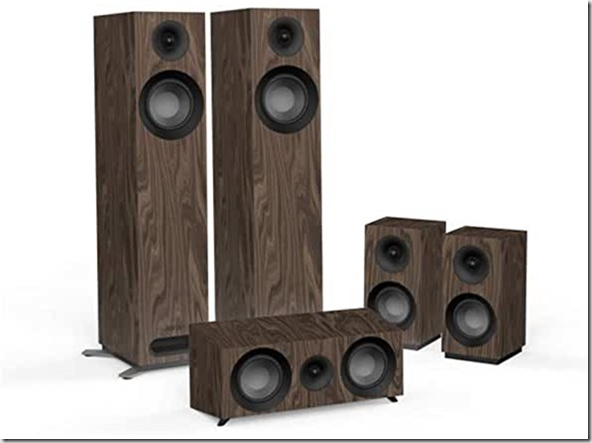 To fit the speakers and also to provide a better environment for the audio components, I’m going to have to replace the TV stand.  The one I have now is very low to the ground.  It’s always seemed a little too low.  I can get an Ikea stand that just about perfectly matches up with the height of speakers – the Besta. 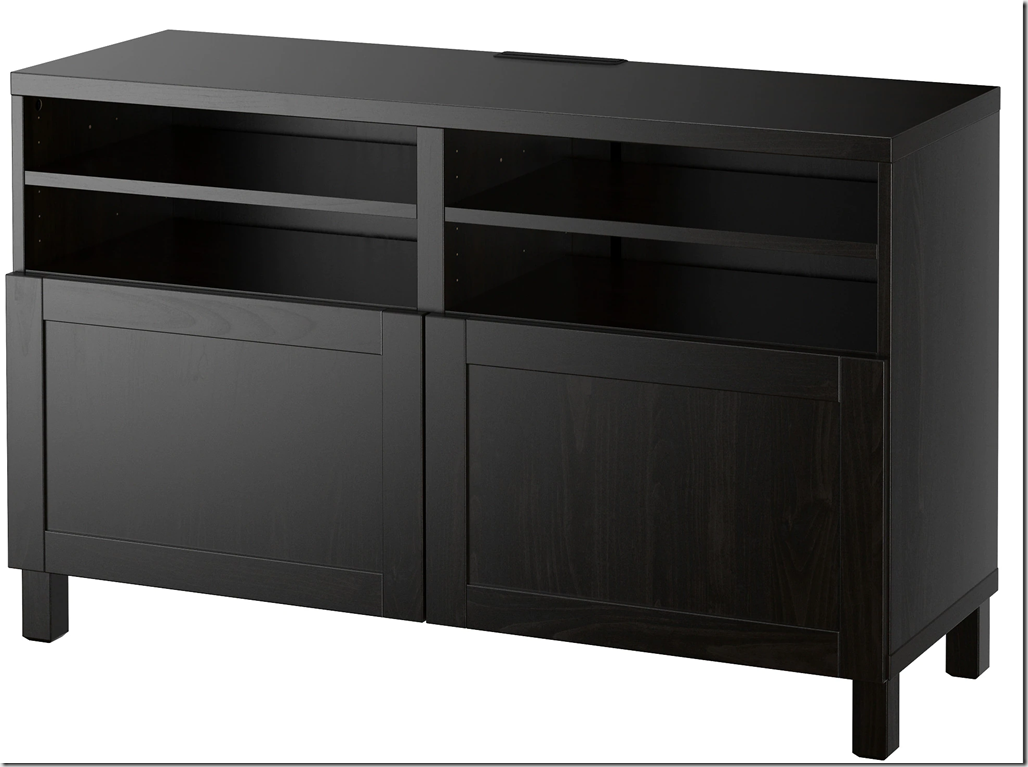 Now, the receiver/amplifier.  I could get away with using one of the ones I already have, but there’s couple functional differences between how I want to operate in the living room vs. a listening room.  For one, I do want everything to be remote controlled, where I don’t really want that in my listening room.  So, I’m going to have to buy a new device.  And not only that, I’ll be working with more modern devices, like the Roku, so I’ll want HDMI connectivity.  Two of the front-runners are a Denon.and a Yamaha.

While the choice of receiver is still up in the air, I do know I’m going to use CC rewards to pay for the majority of it.  I can get a $250 gift card from Best Buy to offset the cost.  I can’t do it today, but soon.  Maybe in 2-3 months I’ll have enough points.  There’s a lot of considerations I have to make based on the inputs and outputs, more than a normal person would put into the purchase.

So this plan can’t be knocked out right away, but can be worked on in stages, and I’ve discovered that’s a really good thing for me.  In fact, the speakers are already purchased and are on the way.  They’ll sit in boxes for a couple of months, but it will be a good feeling to have them ready when I am ready.  The TV stand I can pick up this week and actually put it in place right away.  The receiver, like I said, is a couple months away, and that’s the final piece. Or is it?

A while ago, I extended the lifespan of my living room couch by changing its color with fabric paint.  To be completely honest, it was acceptable, but in no way was it durable.  Any section that took any amount of usage wore the paint right off.  I do have an extra can of paint I could add more layers and maybe make it more durable, but it’s not worth the effort.  I think it’s time to replace this couch.  I mean the couch is from 2005 as well.

And that might be 2 months of effort just to find the right one for me.  My standards are exceedingly high (which will be exceeded even further by the cost).  Obviously, I plan on making this the last couch I ever buy.  To be fair, I feel I’m at a point in my life where many of the things I do will be the last time I ever do them, if I do them right.

A quick search for leather couches returns hundreds of options.  That’s about as far as I can go at once.  It’s going to take many more attempts at dipping my foot into the pool to actually commit.  And then, I have to determine if the savings of buying online will be worth the risk of not passing a butt test.  My suspicion is that I will probably buy from a physical store for the additional reason that they may haul away the old couch.

Anyway, that’s the long-winded plan for the living room.  Details will be coming in future posts.