The most recent thing I’ve been “working” on is redoing the living room.  The plan I developed had a few stages:

This list is pretty much in reverse order of execution.  Although the couch is ordered, by virtue of the current state of manufacturing and also the general practice of that manufacturer means I won’t see my couch for 20 weeks.  So in the meantime, I can work on the remainder of the items.  First up: the TV cabinet.

This is what I’m starting with: 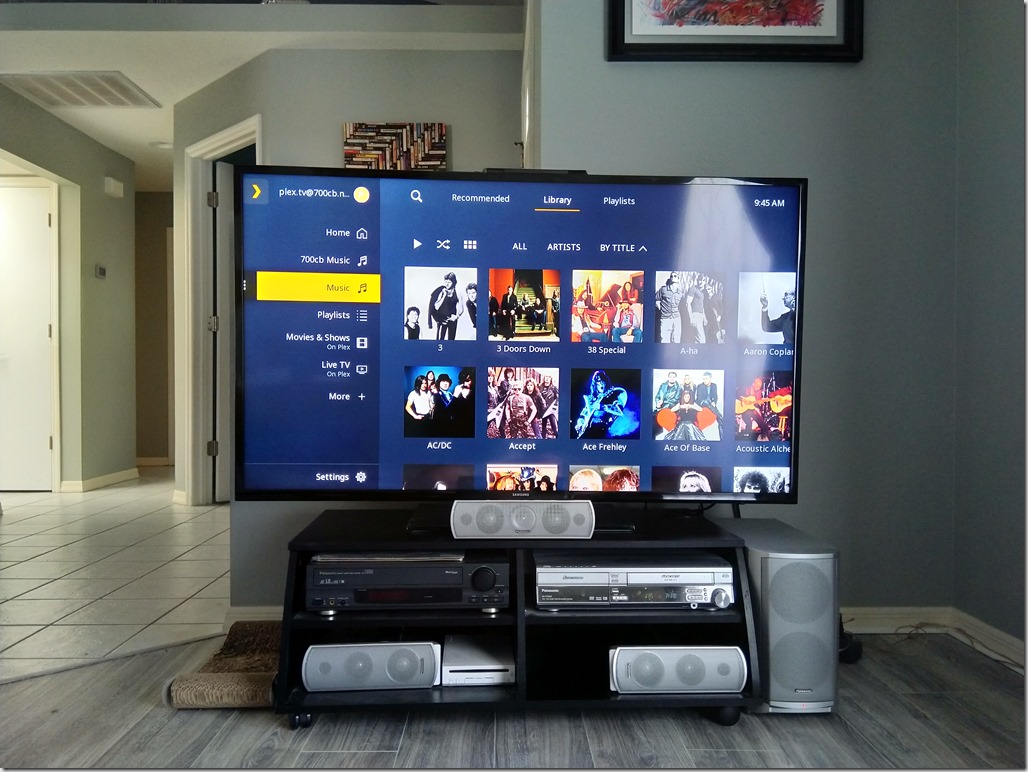 The plan is to replace the AV unit with actual tower speakers instead of little speakers.  This means I need to raise the TV to be higher than the speakers.  This is accomplished with the new planned TV cabinet.  However, the new speaker set has a center speaker that, when placed in front of the TV, blocks the screen.  I need to raise the TV even higher to compensate for the speaker. 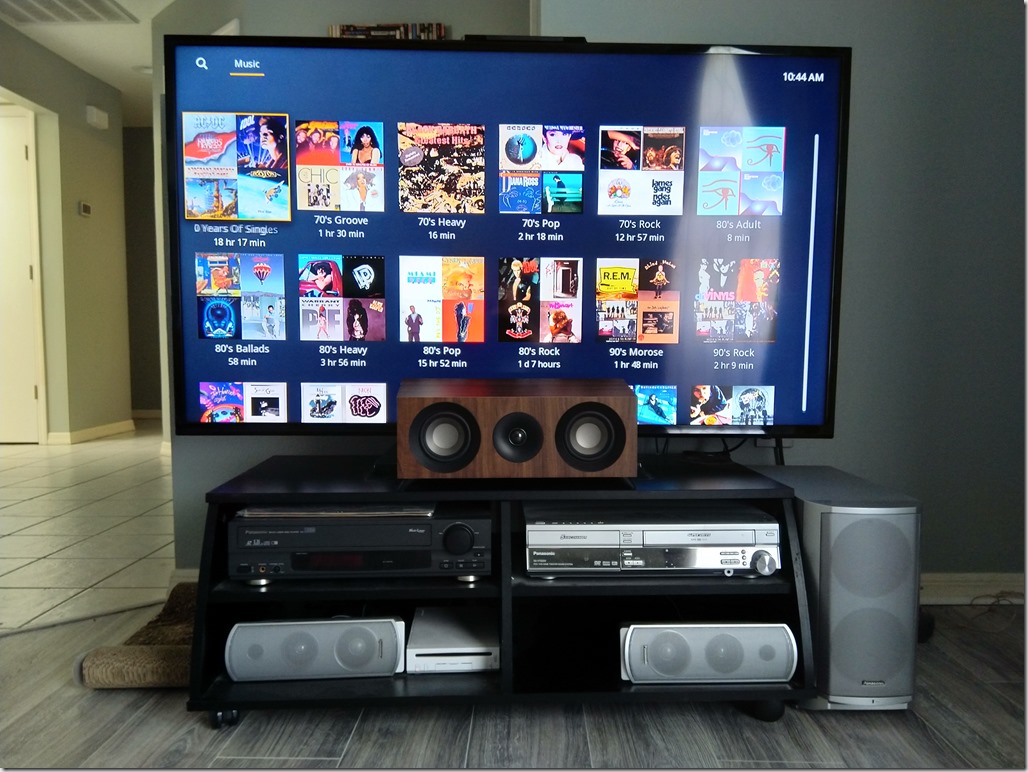 The problem with the TV is that the base is just a massive flat platform.  There’s no way to really raise it up or put something under it that’s going to be aesthetic or even functional.  In a moment of inspiration, I remembered the wall-mounting holes in the back of the TV and with a quick search, I discovered that you can buy replacement TV stands that utilize these mounting brackets.  And they’re cheap, too. 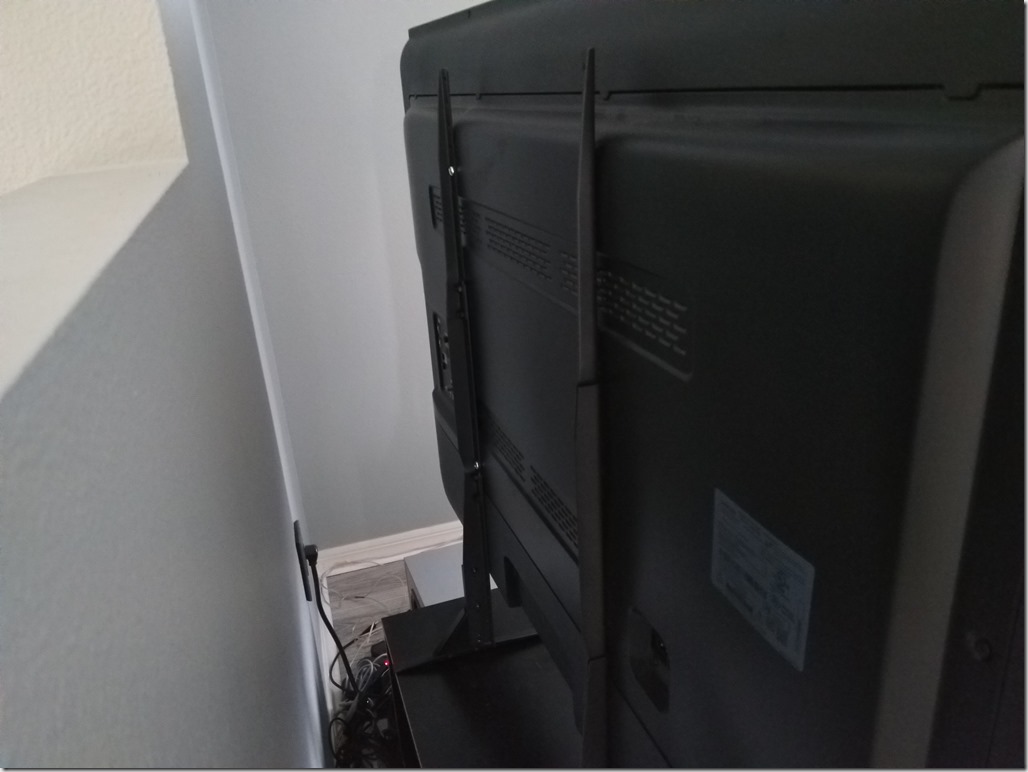 So I quickly bought a stand that was compatible with my TV size.  When it arrived, I assembled it with little problem, removed the TV’s base, and attached the new stand, which is really just a couple of legs.  Unfortunately, I did not do any measuring in advance, so while the stand did fit my TV, it did not provide any additional vertical clearance over what the original base provided.  The whole point was to elevate it over the center speaker.  So back online to order a bigger stand.  At least these things are cheap.

The new stand arrived and after assembly and installation, I found it was more than adequate to raise the TV over the speaker.  With a little experimentation, I found that it resulted in a perfect fit, where the TV would sit right at the speaker’s top.  So that step is now complete. 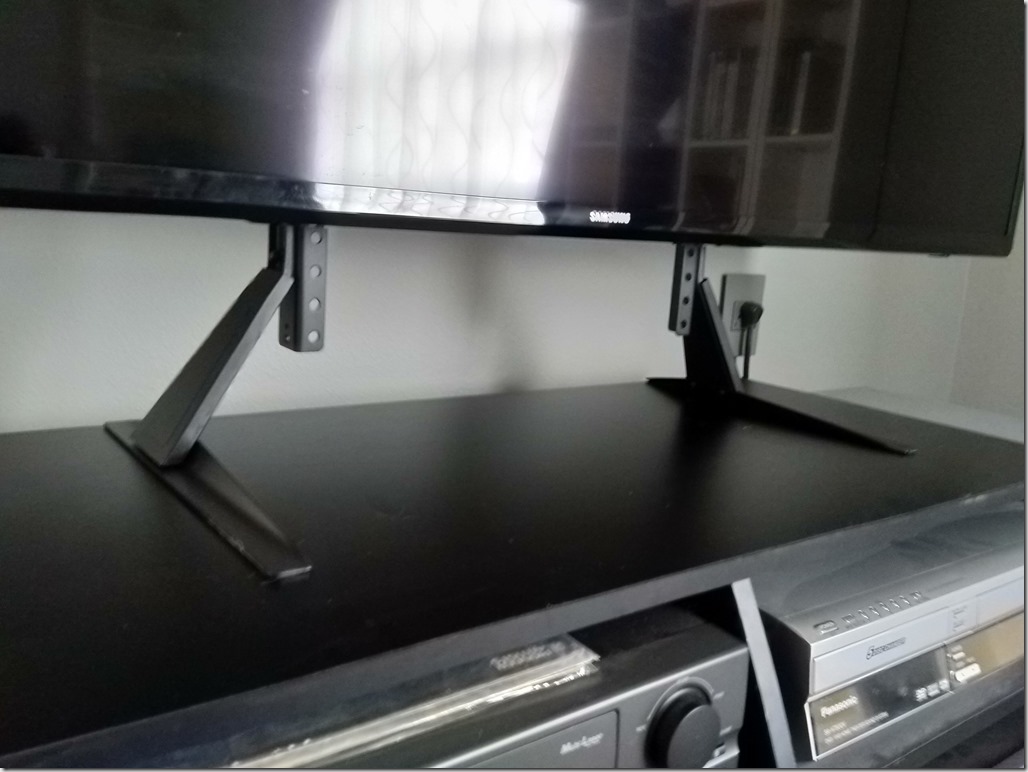 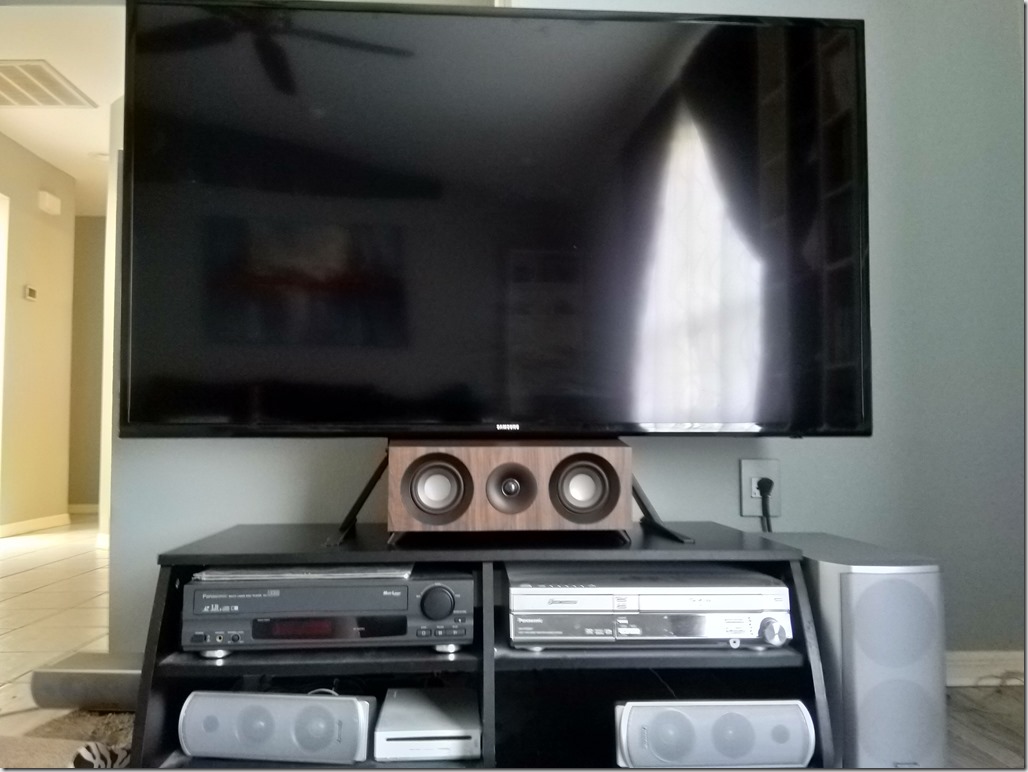 As far as the AV system goes, I have received the speakers (obviously, since I’ve been testing out the fitment) and I’ve also acquired the new receiver/amplifier.  I decided on the Denon AVR-S540BT because it had the most flexibility in connections and also 2 subwoofer outputs in case I wanted to have stereo subs.  Using a gift card earned from credit card rewards, it only cost me $70.  I can’t complain.