Formerly known as guest bedroom.  The room was completed last weekend and is now being utilized as designed.

So the first thing was finding a chair for the desk.  I had a desk planned out – moderately cheap Ikea – and wanted a decent chair.  I ended up with this one, which seems more and more of an oddity the more I consider it. 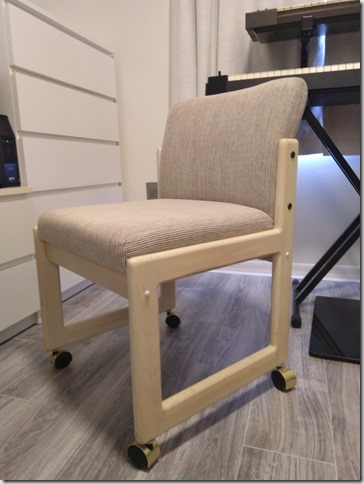 All of the furniture was moved out to the garage for planned pickup by Salvation Army.  And then I had to get the desk from Ikea.  I was comparing the desk options to what I already had in my main office and the desk top I wanted was a little smaller than my existing one.  That memory is important and led to my first mistake.

At Ikea, I was just trying to be quick about the purchase and after finding out where the items were found in the warehouse, I went and grabbed the pieces.  The desk top was 55″, which is smaller than my desk, which is 63″.  I also bought the coordinating desk frame and rushed them home.  I built the table right away and when it was complete, something felt really off about teh finished product.

It was too small.  I measured it again.  Yes, it is 55″.  I measured my office desk.  Yes, 63″.  I looked online at Ikea’s catalog.  Oh.  The desk top I should have purchased was 62″, still smaller than my office desk.  So, I suddenly had a backup desk for the room.  That’s not too bad, because it was actually part of the eventual plan to have a craft desk in the room.  It just happened sooner than expected.

Back to Ikea to purchase the right size desk.  At checkout, I planned to pay cash and when the two pieces were rung up, it was more than I expected.  How do I keep screwing this up?  So I split the payment between cash and card, rushed the items home and built them up.  Now I had the right size desk.

And later, I reviewed the receipt from Ikea and it turns out the cashier rung up two desk frames instead of a frame and a desktop, which explained the extra $50.  Lesson learned.

So anyway, I had all the pieces.  Along with the desk, I had purchased new studio monitors and also a power strip to switch everything off and on at once.  With everything in place, this is the result. 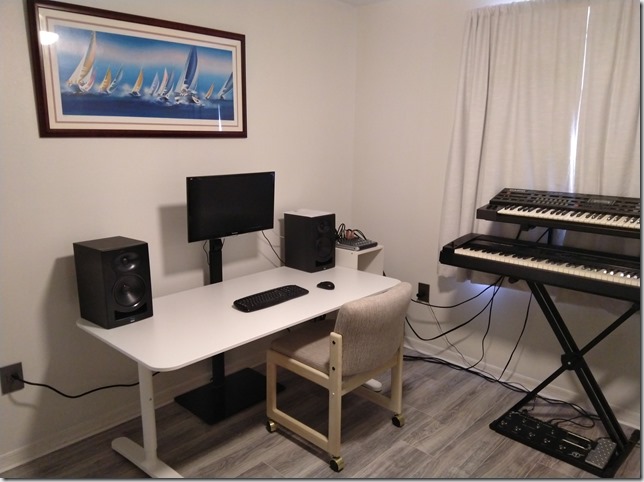 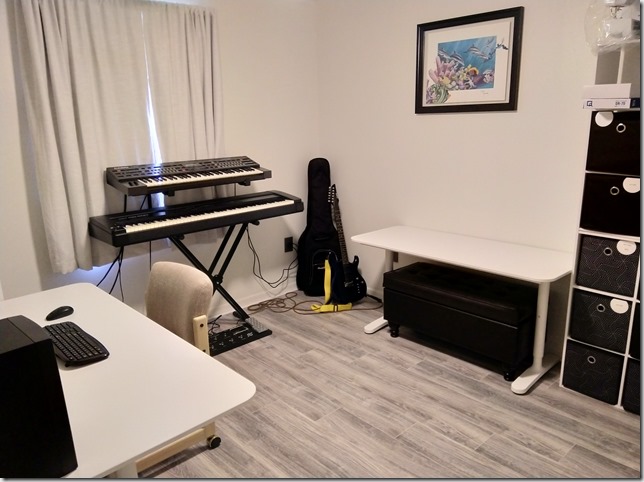